What is Your Mountain? 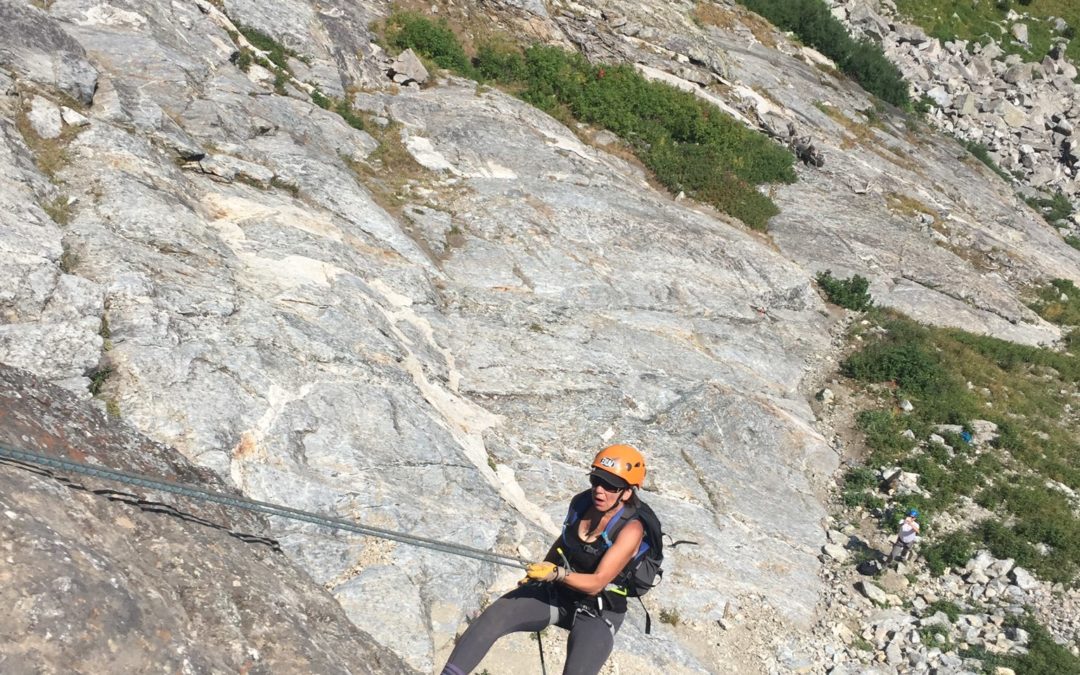 What is Your Mountain?

It was August of 2018 when I did the unthinkable (for me). I climbed the Grand Teton, a ginormous mountain in the Rockies of Wyoming. We’re talking 13,777 feet of scary. Helmet, harness, ropes and all. I even rappelled from the summit! Who would have thought…this little ole ME.

Some athletically-inclined people don’t think twice about climbing a mountain like that, but let me be clear, I am NOT one of those people. Lisa Brumby is a certifiable chicken. I am utterly, profoundly TERRIFIED of heights. When I look up at a tall mountain, or worse – down a steep slope or chasm, I freeze. My hands get clammy, my heart races, I hyperventilate, and I am gripped with paralyzing fear. Vertigo and nausea take over and I feel like I’m truly going to plunge to my death. Oh, and the countless nightmares of falling off mountains!

So, what on earth compelled me to climb the TALLEST, ROCKIEST MOUNTAIN in Wyoming?

That’s right. Fear made me do it.

If this seems counterintuitive, let me explain.

Fear is ENERGY that can be harnessed.

In reality, fear has often been the culprit that holds me back from pursuing what I want in this life. Can you relate? Have you ever been too afraid to do something you really, really wanted to do?

A pivotal moment. Fear stopped me from going on a day hike up Cody Peak in Jackson, Wyoming with my bandmates in 2017. I was abysmally out of shape, and fairly certain that I couldn’t do it anyway. I was even trying to hide how out of breath I was. On the way up I suddenly got that sickening heights-induced vertigo and had to ground myself, shimmying my way to a safer place (on my butt, of course), heading down the mountain while everyone else was joyfully bounding up. I felt humiliated. The mountain had defeated me.

So I went shopping instead.  For an oversized shirt to hide my bulging middle. Then I slinked off to drown my shame in a glass of red wine and a deliciously gooey pasta dish. I was depressed, angry, and jealous of them ALL.

Fear can stop us in our tracks. OR it can be a mighty MOTIVATOR.

How did that same fear become my ally? I’ll tell you a true story. That November in 2017 my friend and bandmate, Jim, offered to treat me and Brett to a guided climbing expedition up the Grand Teton (our band was booked to play in Jackson Hole that summer). It was a stunning opportunity – Brett was 100% on board. But scaredy-cat Lisa immediately dismissed it – NO WAY was I going to fall off any mountain. My friend Jim (a wealthy, confident, energized entrepreneur-risk taker-guitar player-mountain goat) wouldn’t have any of it. He made a series of compelling arguments to counter my reasoning, and ultimately convinced me why I could – and SHOULD – do the climb.

As November came to a close I slowly began to realize that my worst fears were truly unreasonable – pretty much all in my head. I grudgingly, tentatively decided to accept the challenge, but only under one condition: I could back out at any time. Jim accepted.

I needed to have that out. It was my escape valve. But what is most notable is that I also MADE A COMMITMENT, one that I increasingly took very seriously. And let me tell you, I was scared shitless the whole time! I had my doubts, my fear, but also hope…and a sort of vague underlying belief that maybe I COULD. And I had a lot of work to do.

A decision turned into the biggest game-changer of my entire life.

The bottom line is that Jim, a person who I hold in high esteem, believed in me. He mirrored my potential, helped me to believe in myself. Jim had done so many things outside of the box in his life, a true success story, and he was my role model and mentor. I needed that kind of guidance because I was so out of my own wheelhouse, and after a while I began to feel my wings. Throughout the winter and spring of 2018 I trained my body, mind and spirit for a four-day expedition: two days of training with the Exum guides followed by a two-day climb to the summit of the Grand, a feat I never thought I could have pulled off in this lifetime. It took me six months.

Here is the point: Fear became my ally. I pushed through despite it, because of it. I wanted to prove to myself once and for all that I could do anything I set out to do, despite the fear. I knew if I could climb the Grand, then I could do ANYTHING. Anything under the sun. Brett and I were already dancing with the idea of launching Brumbylon – a seed that we had planted in the dark. I kept thinking, What if?

Now I ask: What do YOU want to do that you have previously thought (or maybe even still think) is impossible? Is there a bit of FEAR when you think about doing it? If so, that’s actually GOOD. Fear can have many purposes: to protect us from harm, naturally, and also to energize and push us through seemingly impossible things. Fear is potent energy that can be harnessed. 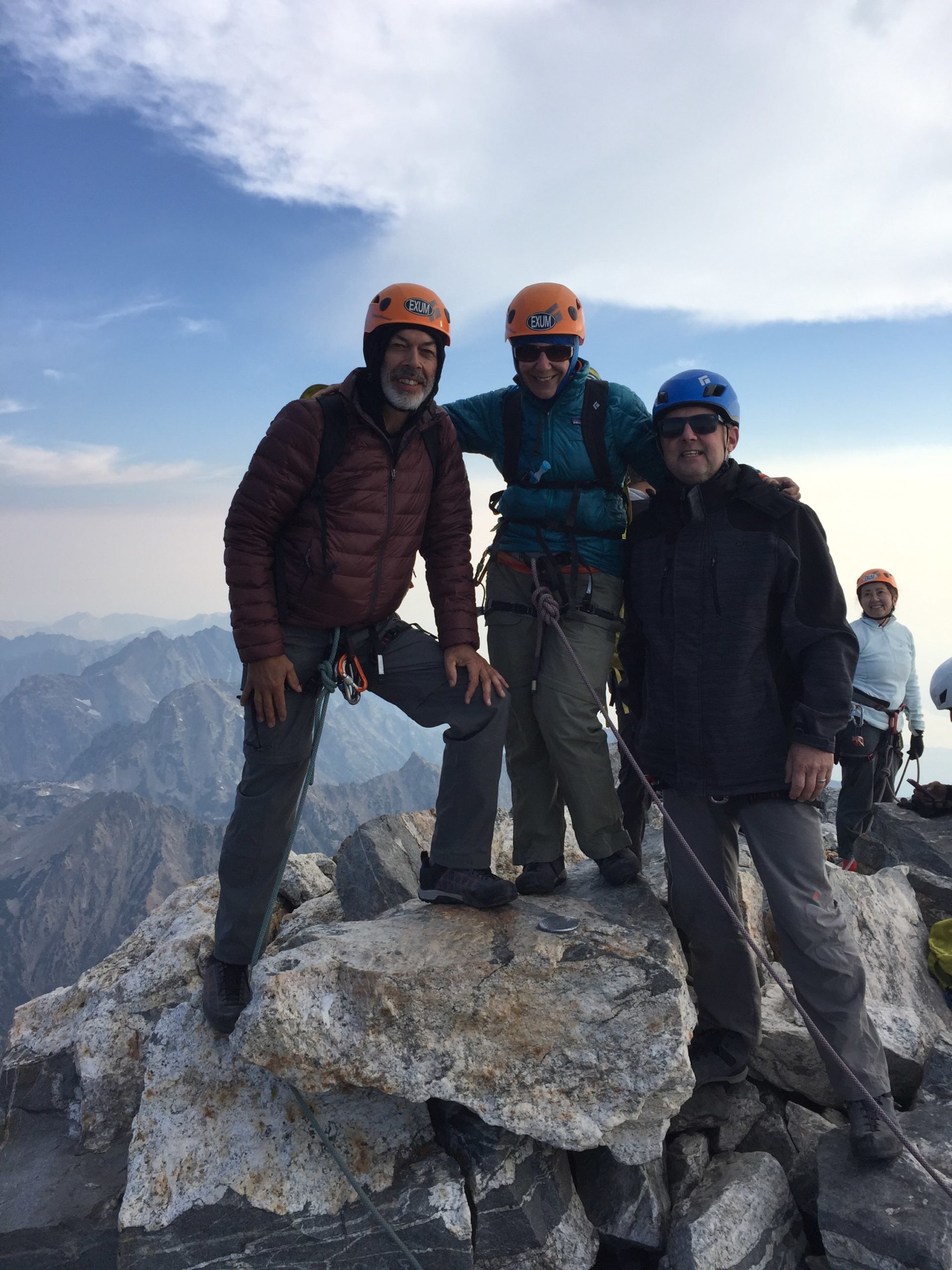 I assure you that whatever your mountain is…IT IS POSSIBLE. You CAN do it. I know this in my heart and bones. But more importantly do YOU know? Can you feel it stirring somewhere inside? Do you desire to push through your fear and that limiting self-talk to achieve something spectacular?

This is a new year. A new DECADE. This is your LIFE. It is not the time to shy away from fear. It is the time to be bold – take the wheel and drive (thank you Incubus).

I invite you to CLIMB A MOUNTAIN with ME in 2020! Climb YOUR mountain. I will be right here beside you. We will do it together. I am actually going to climb a mountain – a challenging real mountain in 2020. I am not ready for it yet, but I WILL be. Five months, baby. Bam. 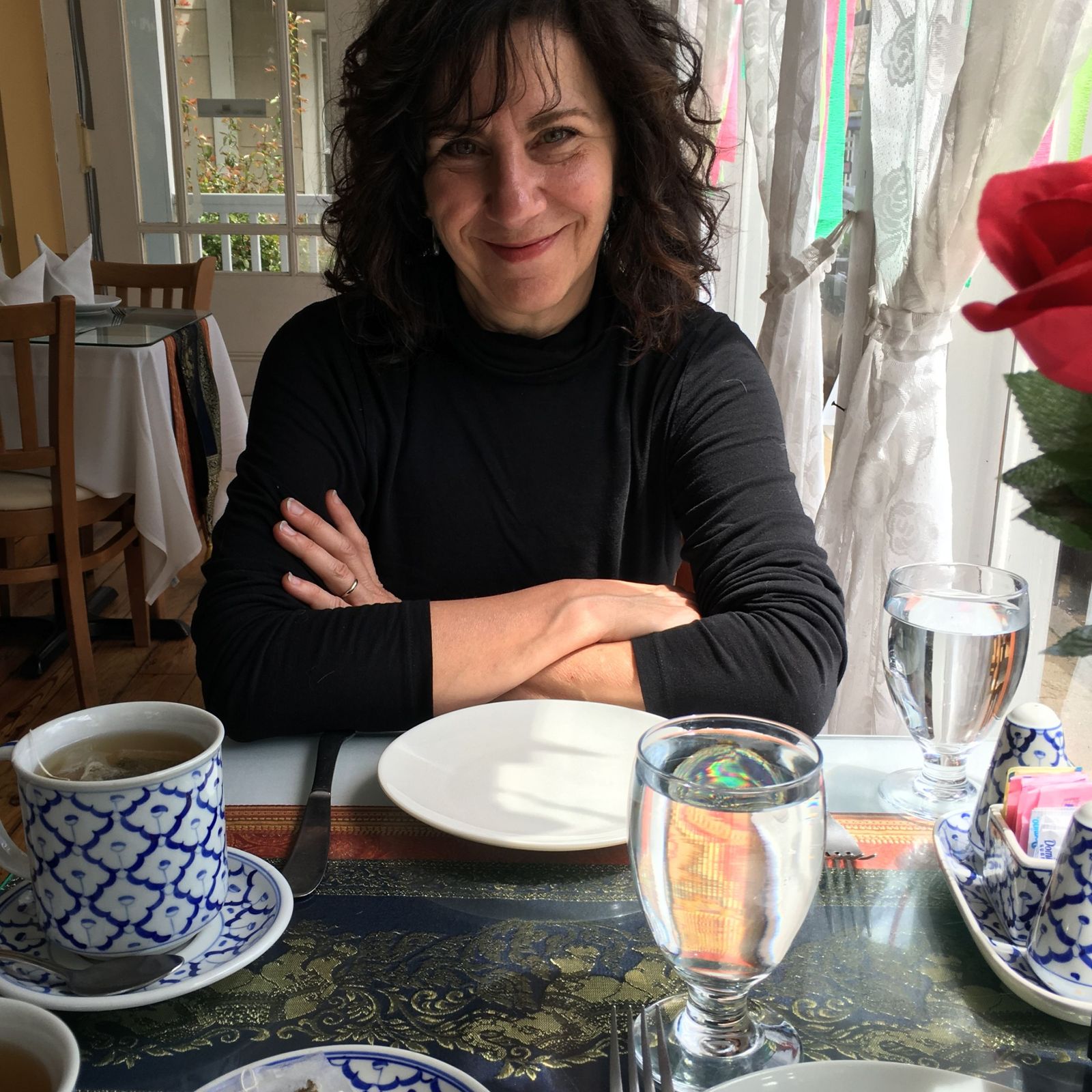 In summary: There is SO MUCH to be gained in facing rather than avoiding fear. Let fear be your ally rather than your enemy. It’s just an emotion. Ride it like a surfer – YOU are the master.

Madonna once said, “If it doesn’t terrify me I won’t do it.” Ha. What does that tell you?

“The seed that grows toward the light begins in darkness.”